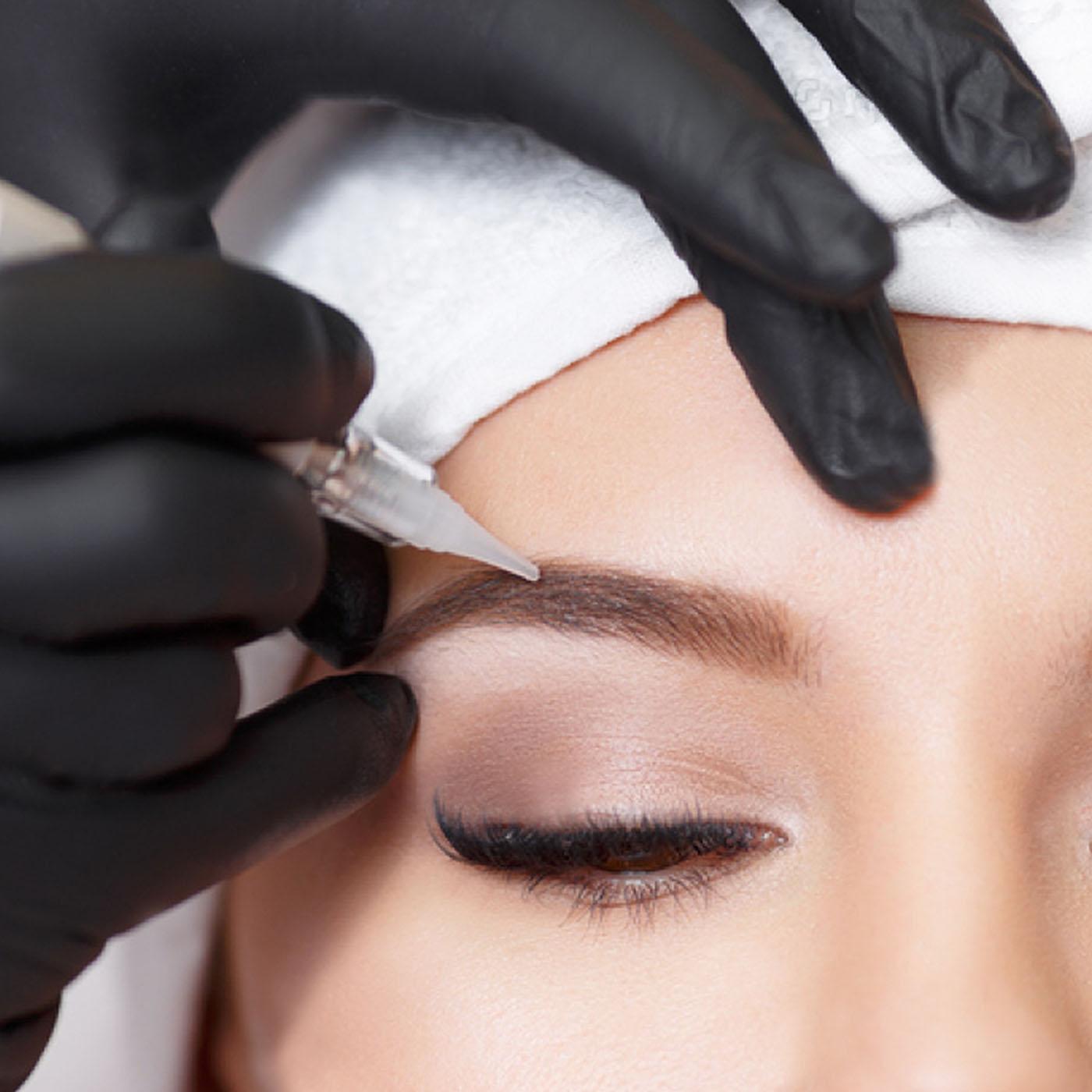 What are Powder Brows?

Powdered brows are Permanent make up with which clients achieve more of a powdered look instead of individual hair strokes. Powder brows have a soft makeup look and work great for clients with oily or mature skin. Treatment is done with Permanent make up device. 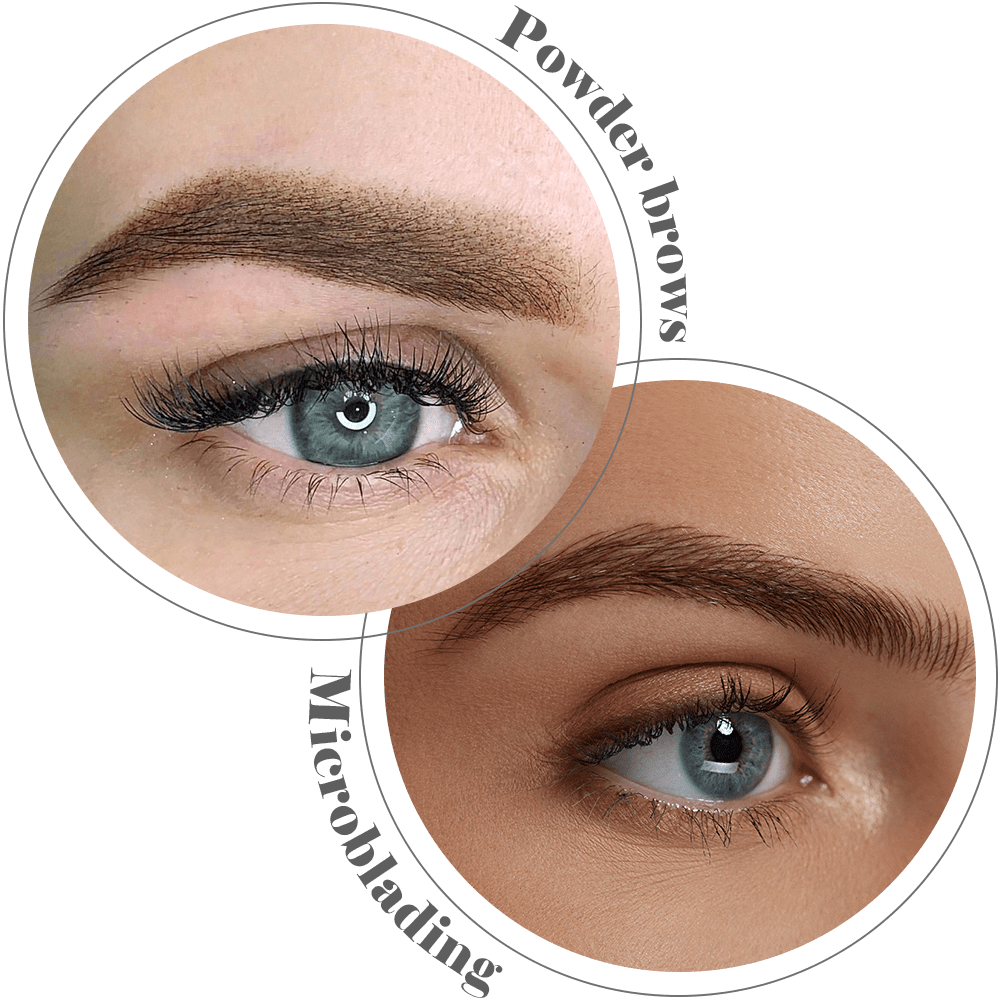 Pain during treatment is relative, as this will of course depend on your pain threshold. Some feel it more than others. Overall it feels like little scratches. Most people said on a scale of 1 to 10 with 10 being the highest, their level is between 1-2. You feel it, but it’s not unbearable. With numbing solution applied, you’ll be able to deal with it.

HOW LONG DOES THE TREATMENT TAKE?

Treatment takes around 1,5 hours to 2 hours including paperwork, consultation, and planning the brow shape.

The initial healing time is 5 days. Full recovery takes 4 weeks. Aftercare treatment is very important and it it 50% od the result. More detailed instruction you’ll get on treatment.

POWDER BROWS VS. PMU VS. MICROBLADING

This combination of Microblading techniques is Tatjana’s favourite. It adds shading behind the
strokes resulting in a brow that always looks filled in. Microblading + Shading results last from less
than a year.
Microblading & Shading (powdered) eyebrows are also known as ombré eyebrows (celebrity
eyebrows), the eyebrows that most of Hollywood wear.

BEFORE AND AFTER RESULTS 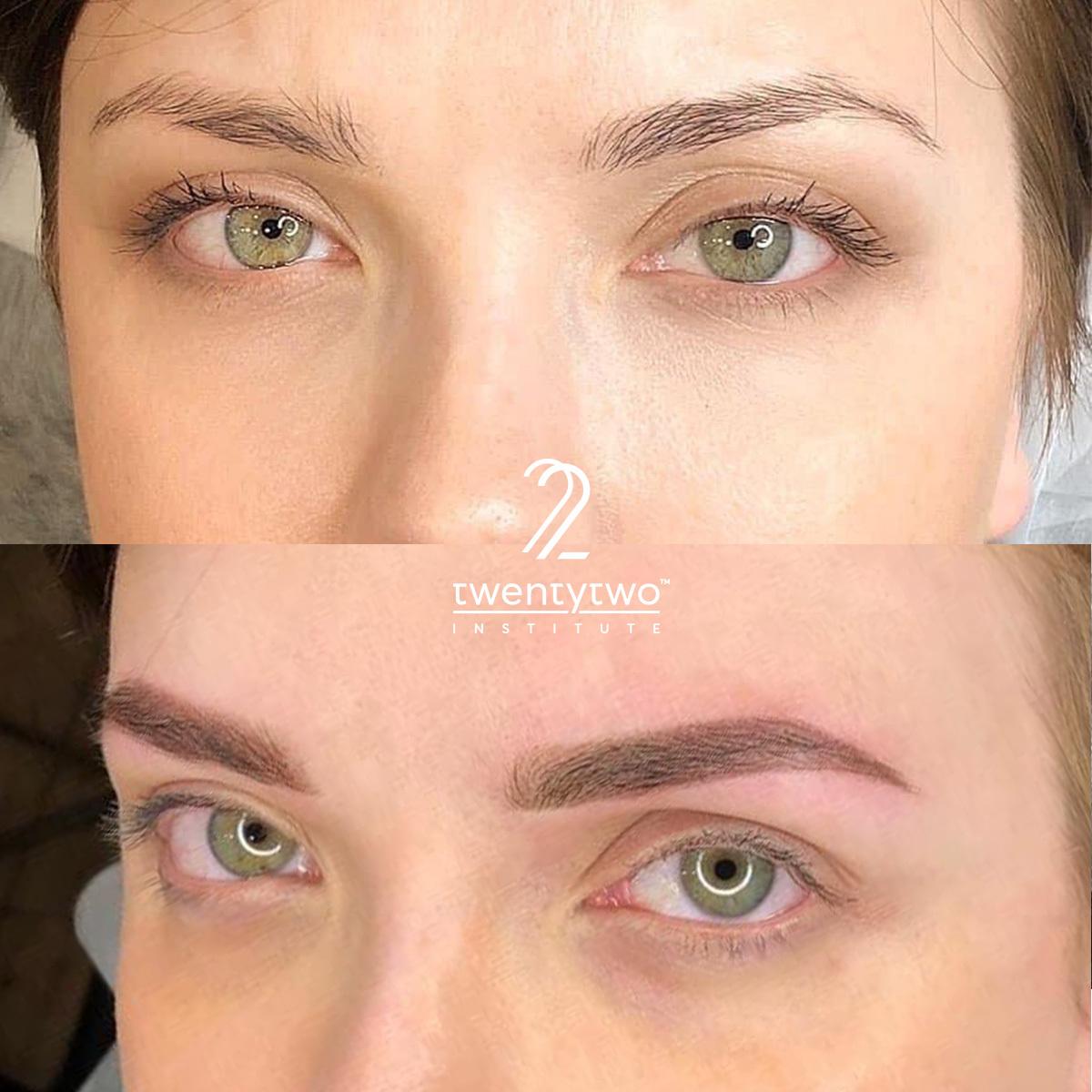 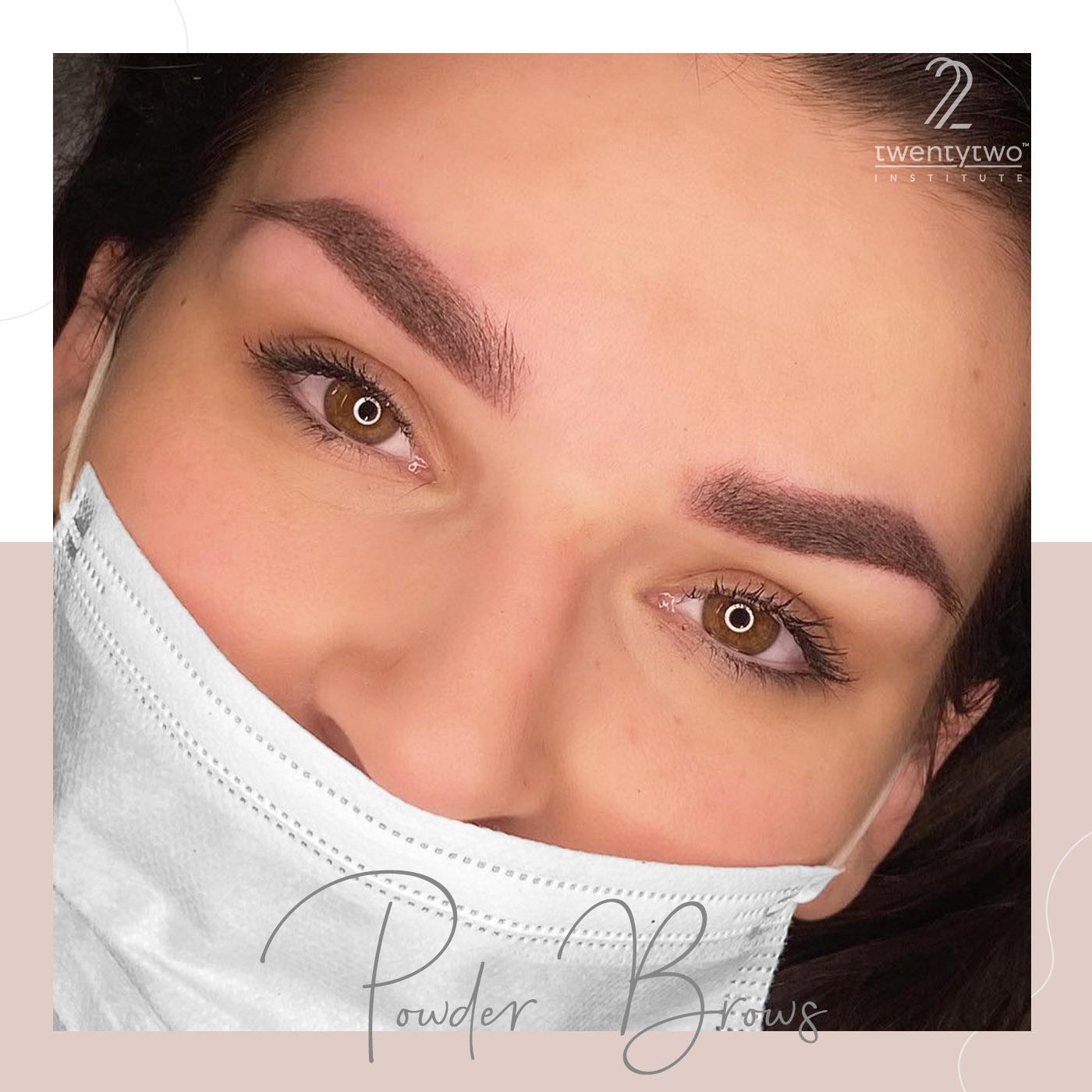 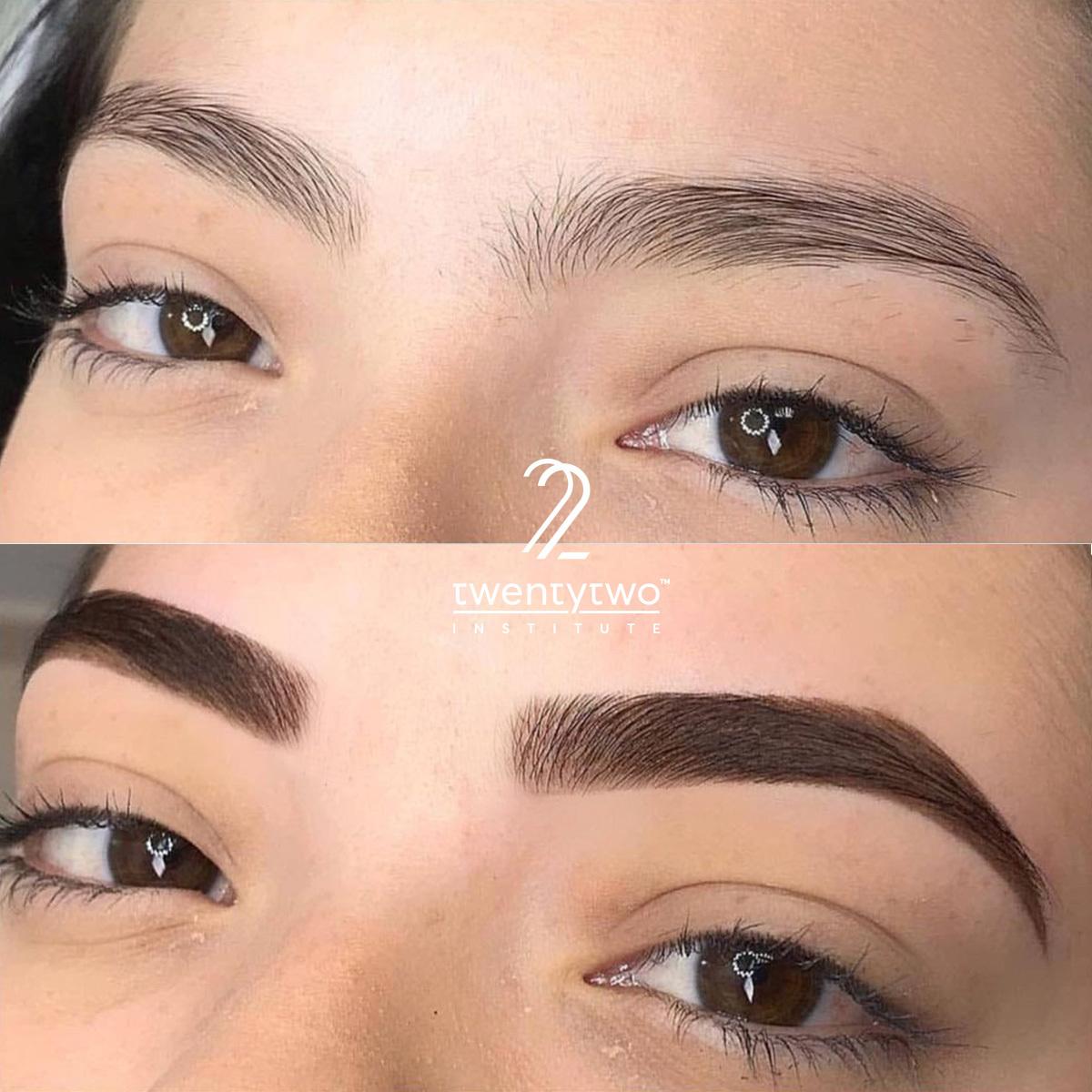 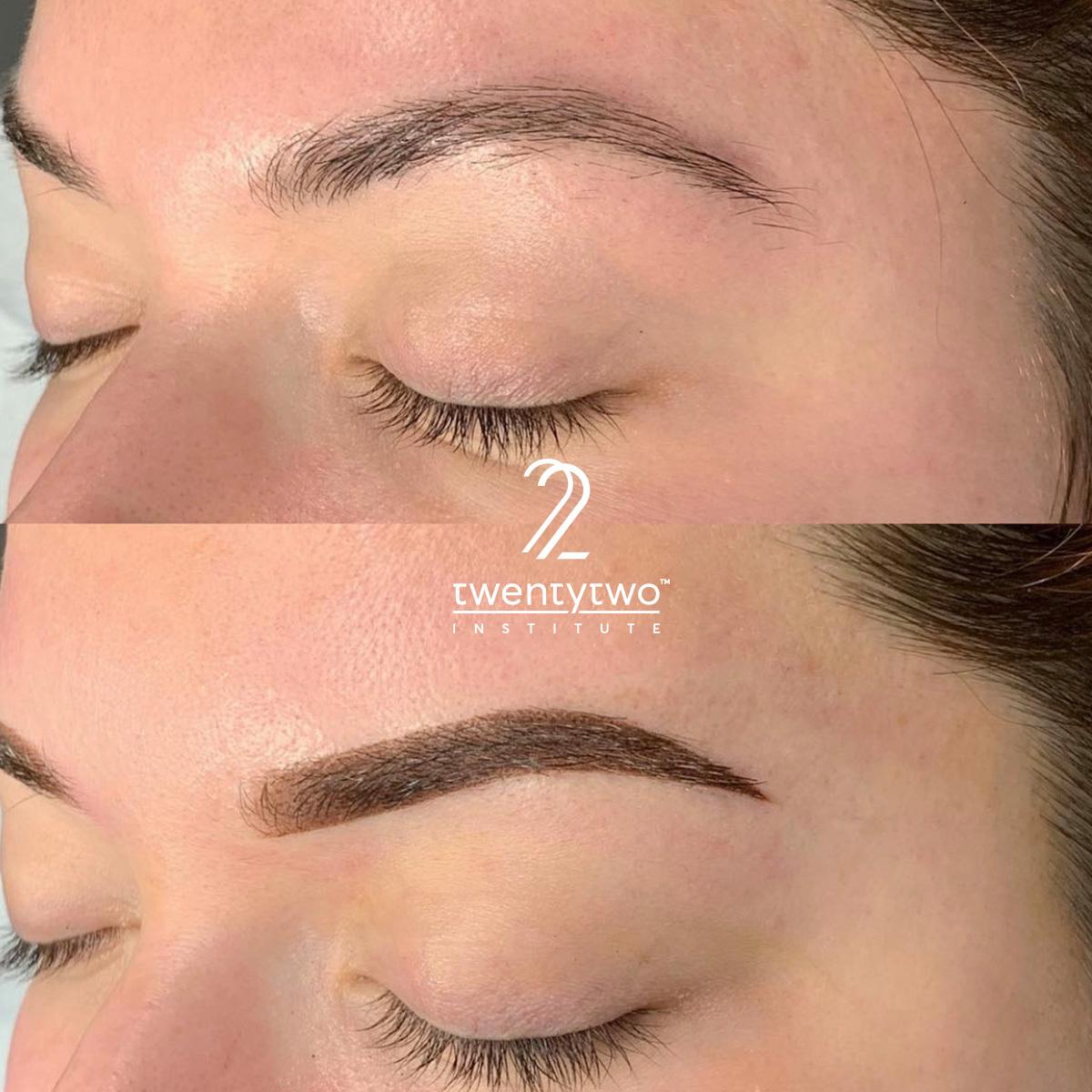 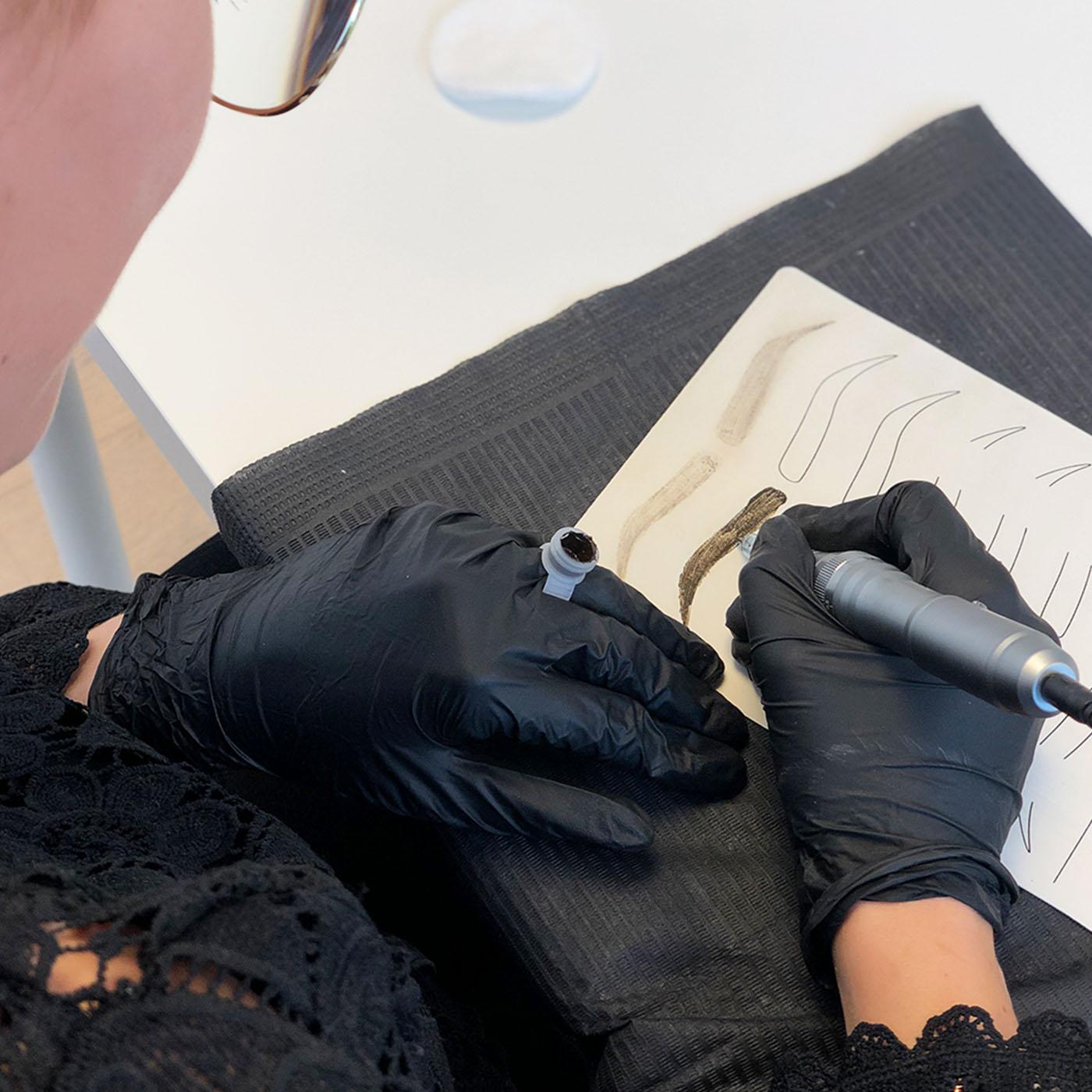 Why should I do this course?

BENEFITS OF THIS COURSE

– Offer a high in demand technique to your clients
– Start or upgrade your new business with additional skills
– On-going support on our social platforms
– Powder Brows Kit: Basic pigments included.
*Special price for our students for 22 Institute 3in1 Device.

Please fill in the form for any special inquiries. 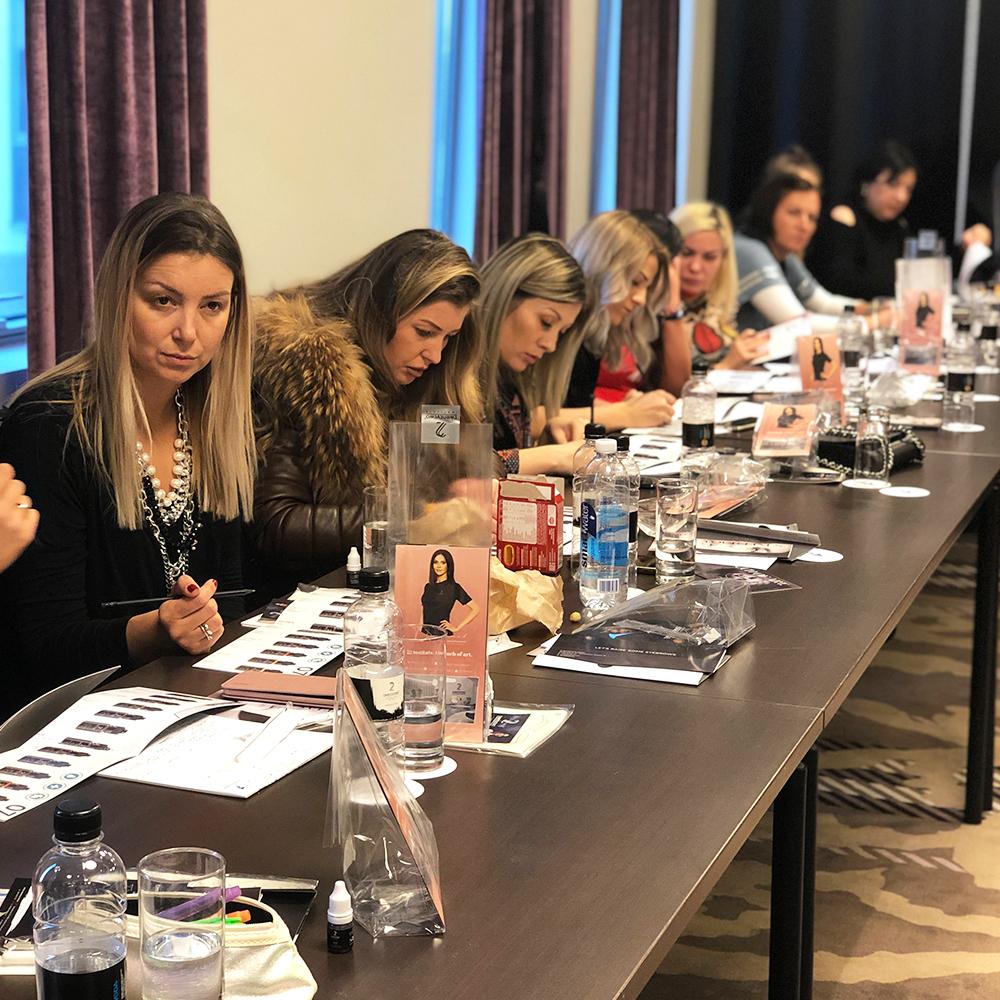 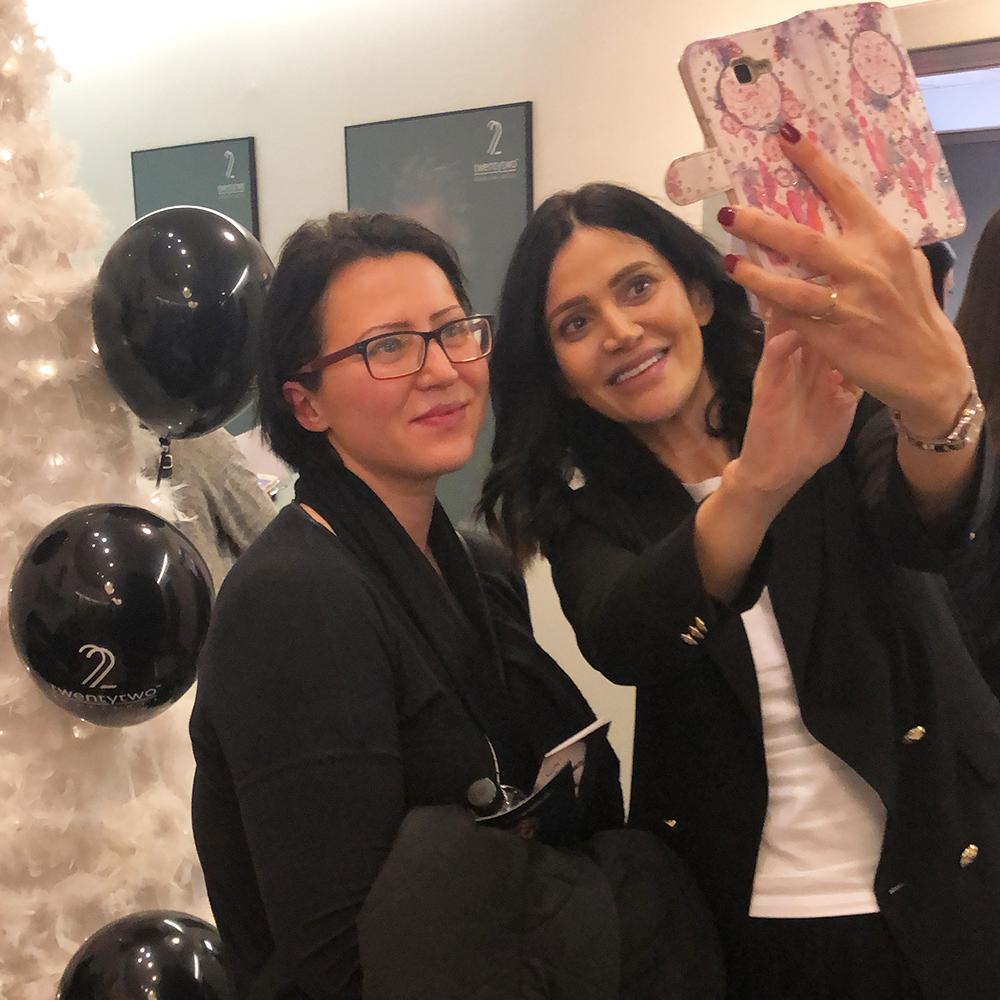 WHAT IS INCLUDED IN THE PRICE?

The training includes theory and practical part. During your training day a full PowerPoint presentation will be performed by your trainer. You will then see a demonstration of the treatment and perform a practical treatment yourself on a model.

*To preform Powder Brows treatment you need Permanent Make Up device. Buy 22 Institute 3in1 Device for special price for our students.

Inside the Powder Brows Kit

PROGRAMME OF THE COURSE

– Powder Brows Technique
– Presentation of products, their components and function
– Safety of the method

Our training facility is the perfect environment for students of all experience levels. Whether you are an experienced esthetician or coming from an unrelated field, we are confident that you will find tremendous value in our teaching methods.

FILL IN THE FORM FOR CUSTOM INQUIRIES

You have Successfully Subscribed!